The Salvation Army in Danbury Kicks off Red Kettle Season!

DANBURY, CT - Danbury’s Salvation Army Red Kettle Campaign Kickoff was held on Thursday, November 8th at 10:30am at the Atrium of City Hall. Major Mark Boughton was present, and asked the community to support the Red Kettle Campaign efforts. "The City of Danbury is proud to support the efforts of the Salvation Army, and we hope folks who are able to give, can do so. Even a few dollars can make a profound difference in somebody's life. Thank you to the Salvation Army for their work in our community and thank you to all who can support this cause." 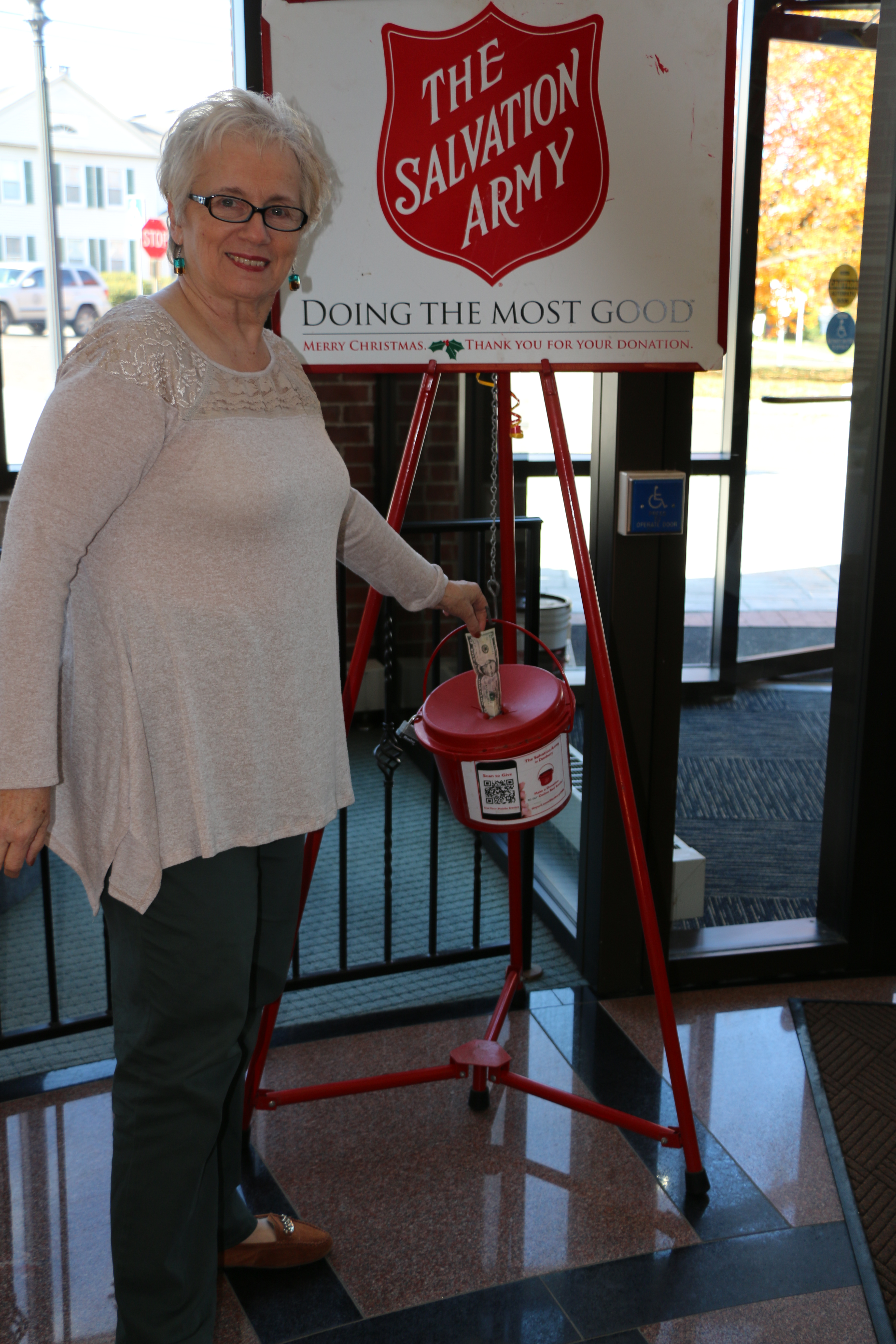 Students from The Salvation Army’s The Right Place school readiness program sang Jingle Bells and other holiday favorites at the event to guitar music played by Major Israel Acosta, officer at The Salvation Army in Danbury.

"We have a Red Kettle fundraising goal of $50,000,” said Major Acosta. “We are asking for the support of the community to come along with us to the funds. Funds raised will help us run vital programs throughout the year.”

Kettle income supports a variety of programs and services in Danbury. During the holidays, assistance is offered for Thanksgiving, Christmas and Easter and includes food, toys and holiday gifts. Throughout the year, assistance is given to those in need through the food pantry, rental and utility assistance, The Right Place school readiness program and family center, and summer youth camp at Camp CONNRI in Ashford, CT. 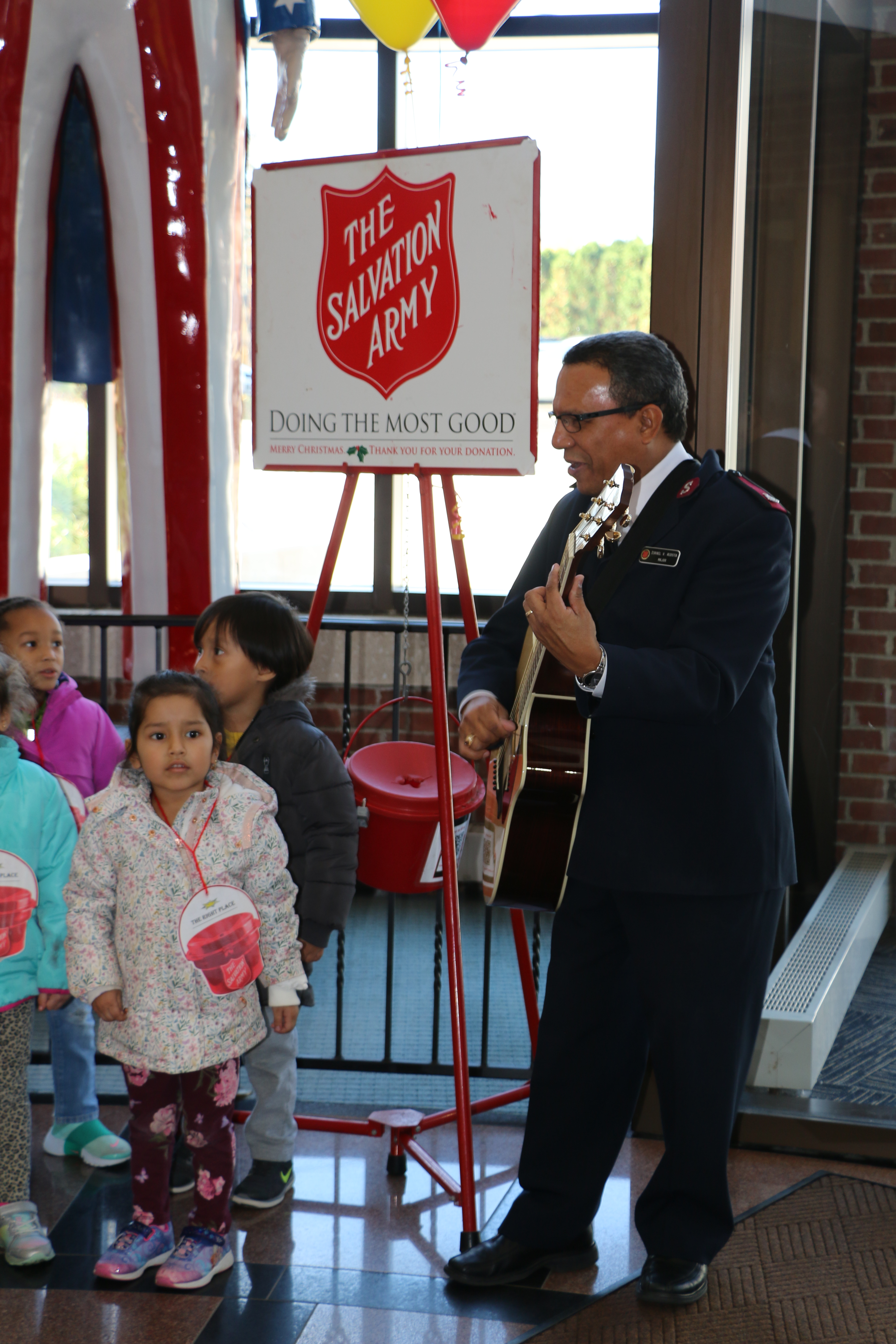 “Twelve to twenty Red Kettle Bell Ringers are needed each year to reach our goal,” said Jim Bartlett, Advisory Board Member and member of The Salvation Army Church. The Salvation Army is just shy of that number this year. More volunteers are needed to bring hope and kindness to those in need in the Danbury community. Donating just two hours of time will feed twelve children.

Origin of the Red Kettle:

The Salvation Army Captain in San Francisco had resolved in December of 1891 to provide a free Christmas dinner to the area's poor persons. But how would he pay for the food?

As he went about his daily tasks, the question stayed in his mind. Suddenly, his thoughts went back to his days as a sailor in Liverpool, England. On the Stage Landing he saw a large pot, called "Simpson's pot" into which charitable donations were thrown by passers-by. 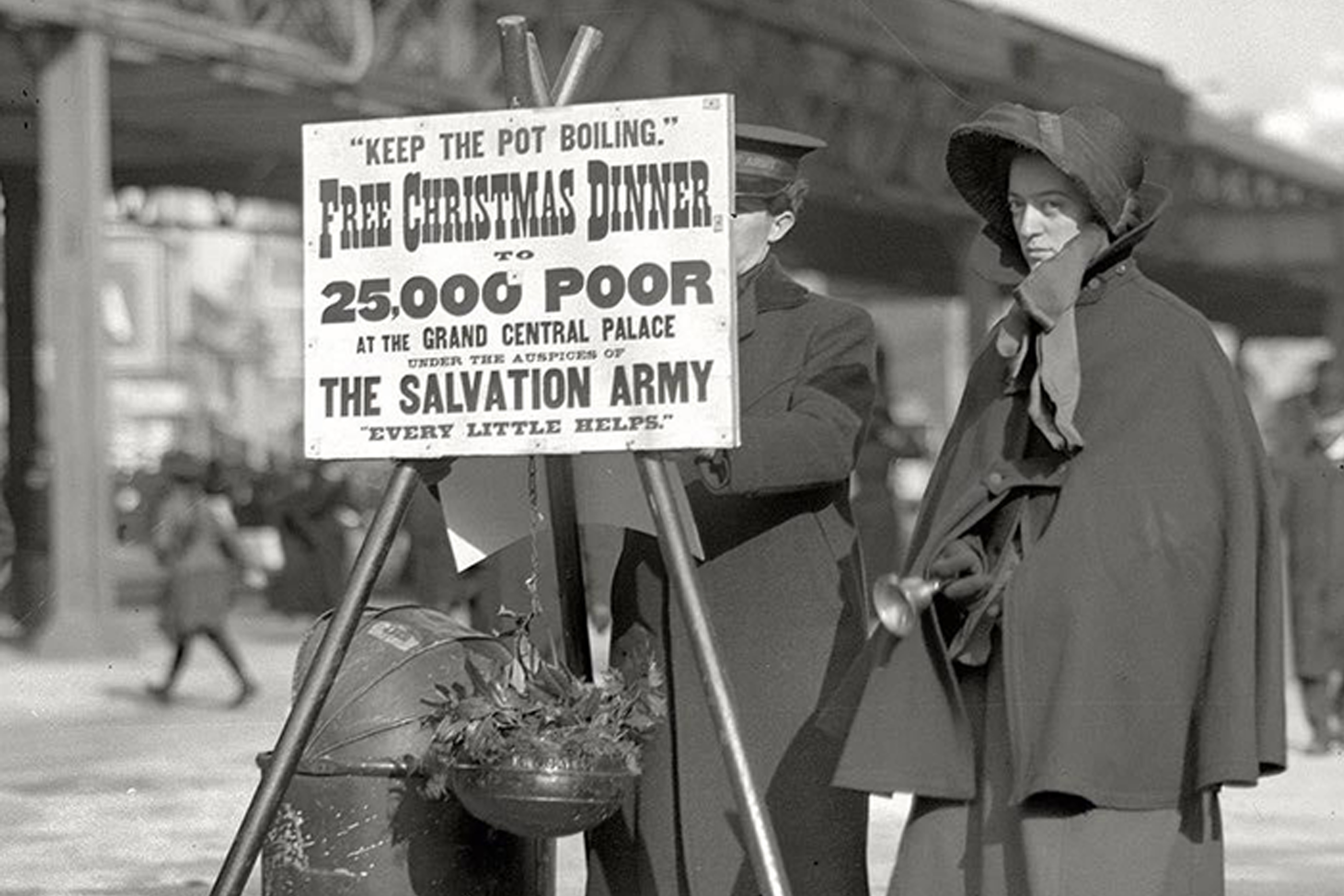 On the next morning, he secured permission from the authorities to place a similar pot at the Oakland ferry landing, at the foot of Market Street. No time was lost in securing the pot and placing it in a conspicuous position, so that it could be seen by all those going to and from the ferry boats. In addition, a brass urn was placed on a stand in the waiting room for the same purpose. Thus, Captain Joseph McFee launched a tradition that has spread not only throughout the United States, but throughout the world.

By Christmas, 1895, the kettle was used in 30 Salvation Army Corps in various sections of the West Coast area. The Sacramento Bee of that year carried a description of the Army's Christmas activities and mentioned the contributions to street corner kettles. Shortly afterward, two young Salvation Army officers who had been instrumental in the original use of the kettle, William A. McIntyre and NJ Lewis, were transferred to the East. They took with them the idea of the Christmas kettle.

In 1897, McIntyre prepared his Christmas plans for Boston around the kettle, but his fellow officers refused to cooperate for fear of "making spectacles of themselves." So McIntyre, his wife and his sister set up three kettles at the Washington Street thorough fare in the heart of the city. That year the kettle effort in Boston and other locations nationwide resulted in 150,000 Christmas dinners for the needy!

In 1898, the New York World hailed The Salvation Army kettles as "the newest and most novel device for collecting money." The newspaper also observed, "There is a man in charge to see that contributions are not stolen." In 1901, kettle contributions in New York City provided funds for the first mammoth sit-down dinner in Madison Square Garden, a custom that continued for many years. Today, however, families are given grocery checks so that they can buy and prepare their own dinners at home. The homeless poor are still invited to share holiday dinners and festivities at hundreds of Salvation Army centers.

Kettles now are used in such distant lands as Korea, Japan, and Chile, and in many European countries. Everywhere, public contributions to the kettle enable The Salvation Army to bring the spirit of Christmas to those who would otherwise be forgotten - to the aged and lonely, the ill, the inmates of jails and other institutions, the poor and unfortunate. In the United States, The Salvation Army annual aids more than 5 million persons at Thanksgiving and Christmas. Kettles have changed since the first utilitarian cauldron set up in San Francisco. Some of the new kettles have such devises as self-ringing bell and booth complete with public address system over which the traditional Christmas carols are broadcast. Behind it all, is the same Salvation Army message of "Doing The Most Good.”

Learn more about The Salvation Army's The Right Place in Danbury.