The Army Behind The Army

It takes a special type of person to give of one’s self to make life better for others. William Booth, the founder of The Salvation Army, was this kind of person, dedicating his life to help individuals who were considered outcasts of society - the homeless, the hungry, the poor, and the destitute. He opened the first Salvation Army center in 1865 in an East London slum warehouse and changed the history of Christianity and social work in now over 125 countries.

Today, over 150 years later, The Salvation Army’s Southern New England Division encompassing Connecticut and Rhode Island also has its share of special, caring people who support the vision of William Booth. Since an army can do more together than individuals working independently, these social and spiritual visionaries have joined forces to form an elite group known as the William Booth Society. Each member is welcomed and his or her time, talents, and treasures are recognized and fostered through personal interactions with The Salvation Army as each member prefers. Membership may be renewed annually through a continued demonstration of at least $1,000 of cumultative support each calendar year, with The Salvation Army being blessed by many members increasing their giving each year at a rate that is possible for them.

For reasons such as these, please consider joining fellow visionaries who have committed to helping others in Southern New England through becoming a member of the William Booth Society this year.

While circle-level giving is encouraged, cumulative calendar year giving of $1,000 or more distinguishes supporters as candidates for William Booth Society membership or renewal. Each circle of support has its own opportunities.

Did you know that you can make a tax-free gift from your IRA to The Salvation Army and have it count toward your required minimum distribution?

If you are 70 1/2 years or older, you can instruct your IRA custodian to make a direct transfer from your IRA account to The Salvation Army.

It's a simple, but effective way to minimize the tax bite associated with IRA required minimum distributions. 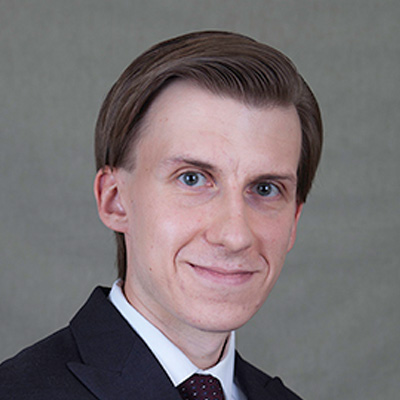 Why is the William Booth Society Important?

It provides The Salvation Army with a way to honor and individually appreciate its most dedicated supporters.
It encourages personal, other-centered giving by those who are blessed to be able to do so.
It develops a dependable source of funding for The Salvation Army’s programs and services.
It identifies new and influential leadership that is critical to the Army’s future strength.
It personally recognizes leadership giving and builds individual relationships with The Salvation Army.
It directs funds raised to local programs and services in each member’s own community or desired location.

How will William Booth Society members be recognized for their support?

William Booth Society members want to be assured that their contribution is spent to meet the needs of others, not on expensive donor gifts and programs. William Booth Society recognition is focused on keeping its members informed, valued, and cherished, while providing optional opportunities to gather in special fellowship with other members.

How are William Booth Society members involved with The Salvation Army?

Members are given opportunities throughout the year to: support financially, and/or make an incremental pledge per their preferred frequency; offer their input; participate in special projects; help identify new members; request tours or further information on programs and services; and much more. The level in which each member participates is entirely up to him or her. Membership of just annual financial support is acceptable and greatly appreciated.

The Salvation Army, an international movement, is an evangelical part of the universal Christian church. Its message is based on the Bible. Its ministry is motivated by the love of God. Its mission is to preach the gospel of Jesus Christ and to meet human needs in His name without discrimination.