In Greater Hartford during the winter months, The Salvation Army can provide shelter to up to 600 people on average between the Marshall House Family Shelter, Overflow Shelter, and the Warming Center. As days get colder, the need for warmth and warm items increases. Over the last seven years, The Salvation Army has been very fortunate to have received thousands of hats, mittens, scarves and blankets from the generous employees at Pratt & Whitney. This year alone, over 1,092 items were donated. 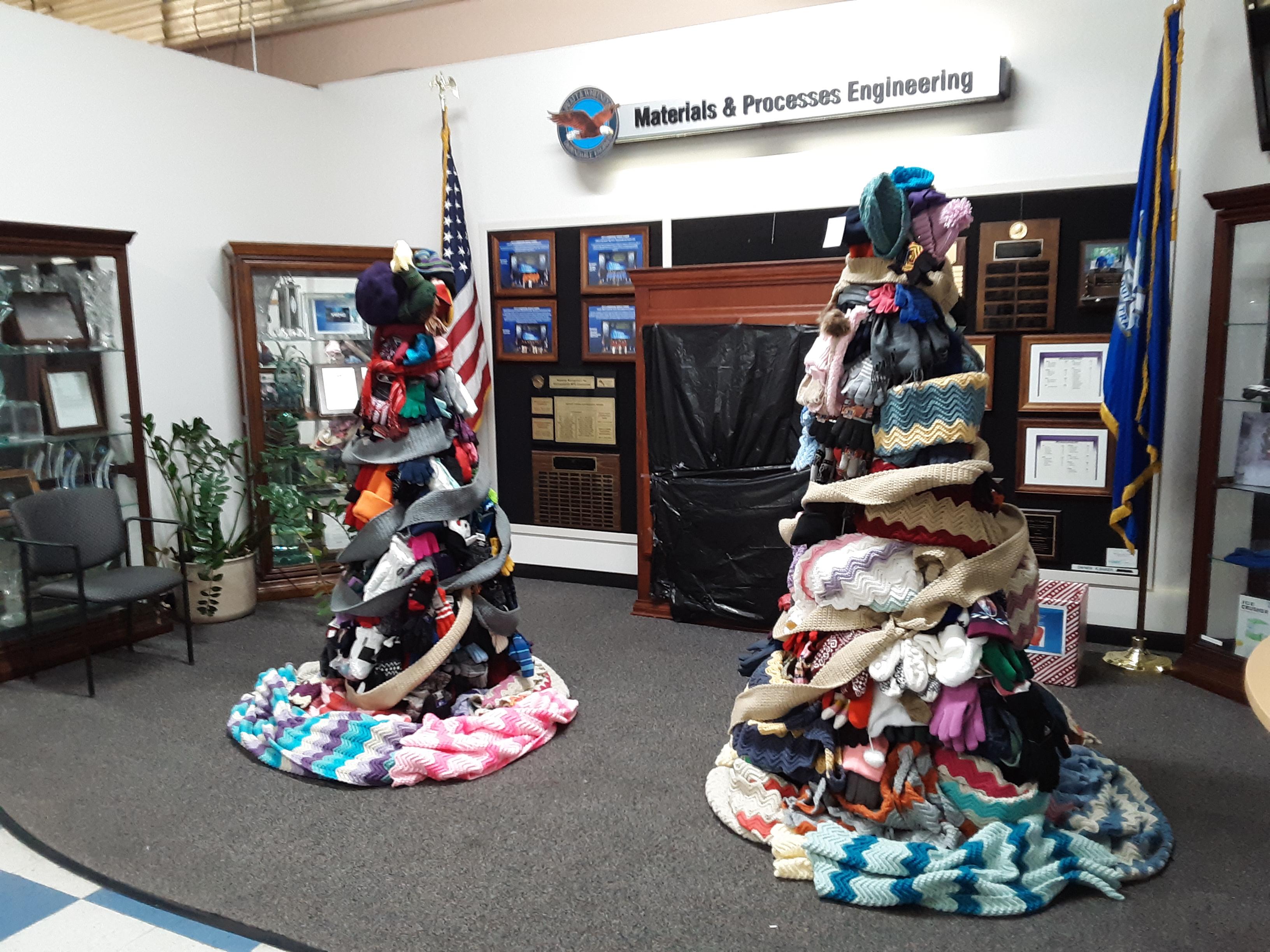 Nelson starts promoting the mitten tree in August or September, reminding coworkers of the upcoming drive in staff meeting and formal announcements. "Seven years ago, we came up with the idea of doing a mitten tree, and it really took hold,” said Nelson. “Employees have one day that they build the tree and we keep it up a week or so. It’s actually a coat rack from Mr. Sikorski’s office. They hang string and garland off of it. It doesn’t look like a coat rack any more, there are so many mittens on it, it looks like a tree!” 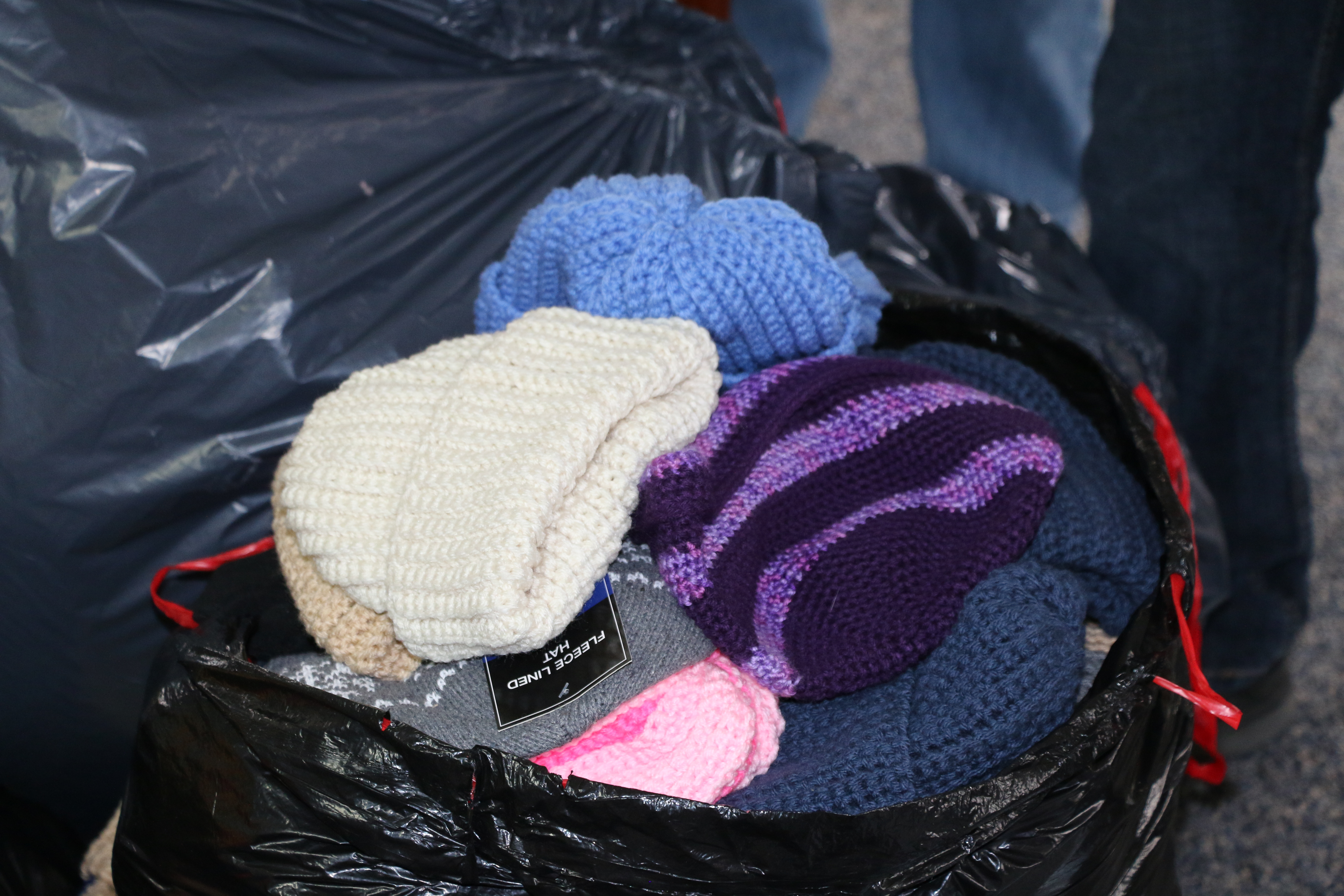 Donations come in from more than just Connecticut employees. Mittens are sent from Florida, California, Texas, England, Singapore and Germany. Hank Sikorski, Fellow of Non-Destructive Testing at Pratt and Whitney said “We have some fortunate people who have jobs and can afford to do this. It’s good to give back and do something nice. I think the team really gets engaged. We’ve done it seven years in a row, and we’ll continue. It’s a good tradition and it’s a good fundraiser.” 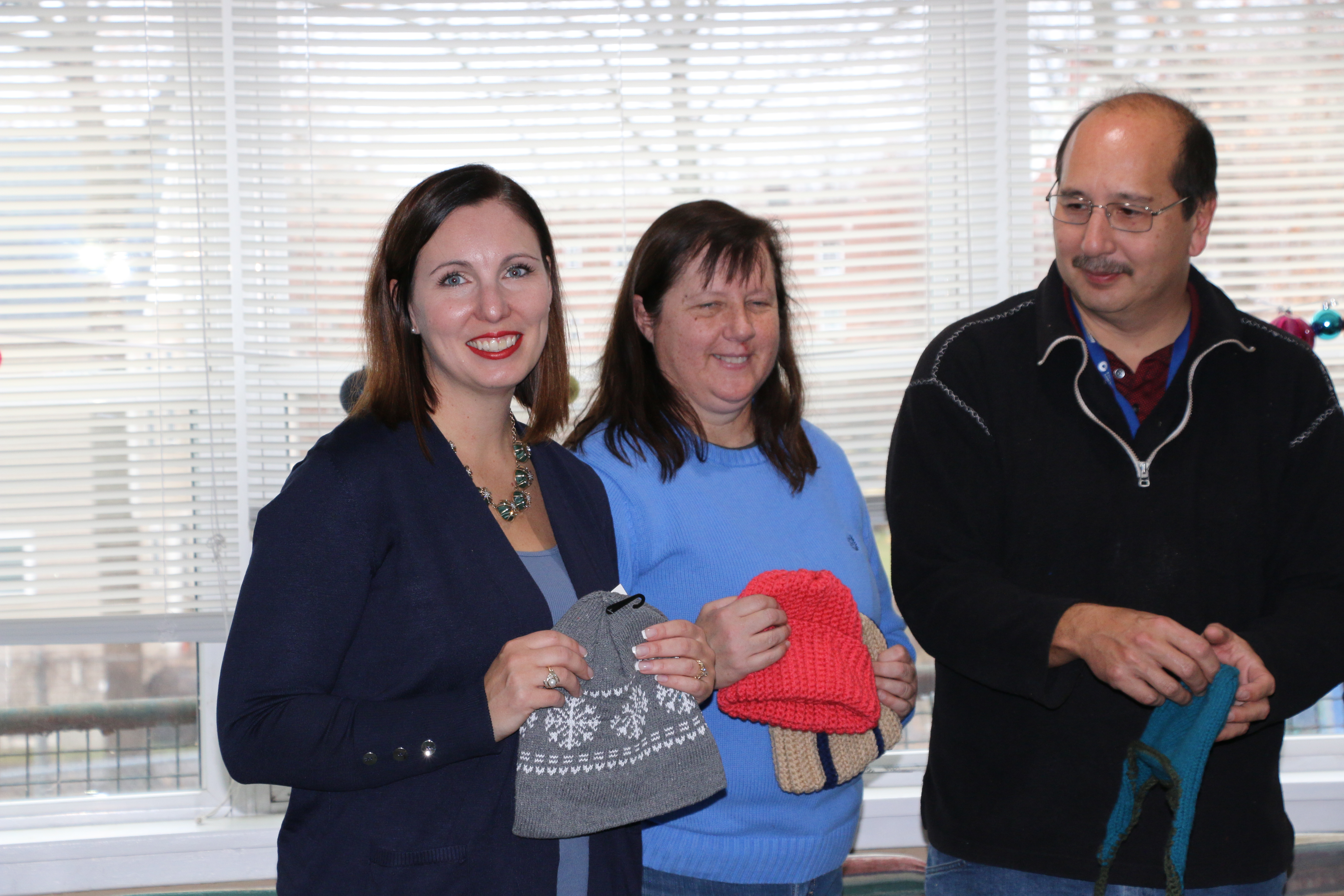 When people receive the items from Pratt and Whitney, they are very appreciative. “Individuals who come to the Warming Center have been out in the elements for most of the day,” said Lauren Fair, Greater Hartford Area Services Director of Social Services at The Salvation Army. “They are cold and sometimes wet. Receiving something dry and warm goes a long way in improving their well being.” The Salvation Army’s Marshall House is the only shelter in Hartford that can serve children under the age of 2. “We usually have a lot of families with newborns and infants," said Fair. “We also work with the other shelters, so if they have women who are expecting, they are transferred to Marshall House before the birth of their child so they can return to a safe place. Homemade baby blankets are such a special gift for these families.”